It was a dominant night for FCS Wrestling.  Frontier failed to score a point with the final score 67-0.  Yang, Barton, Ewing, S. Robinson, Smart all had pins.  T. Robinson won in overtime while wrestling his third Semi-State Qualifier in 2 days.  Next up for the eagles is the Tri-County tournament this Saturday. 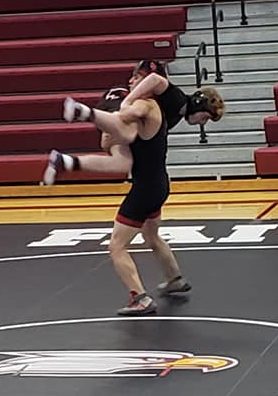